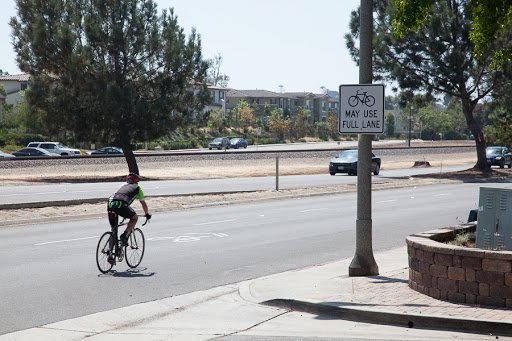 Advocating for Bike and Pedestrian Safety Is Hard Work!

In late 2019, I thought advocating for bike and pedestrian safety in Cornelius was going to be relatively easy given the death of a cyclist and pedestrian deaths in a nearby town! Given these recent events, I was expecting the Cornelius Town Mayor and Commissioners would see bike and pedestrian safety as a priority requiring immediate attention. I was naive about Town priorities and vastly underestimated the length of time it takes to get priority action and funding from a town growing exponentially at an overwhelming rate.

I believe that the low frequency of bicycle and pedestrian deaths or serious injury has led to complacency in considering funding for preventive safety measures in the Town Strategic Plan. The prevailing funding strategy appears to wait for projects to be funded by the North Carolina Department of Transportation (NCDOT) when road improvements are planned, scheduled, and implemented. After seeking safety improvements for cyclists and pedestrians alike while working closely with the Town Planner and other Town officials in early 2020, I became frustrated by the length of time required to get safety projects vetted, approved, and funded. In particular, projects requiring multiple approvals (e.g., reduced speed limits, installation of warning signs for cyclists/pedestrians on Town roads, installation of warning signs at known dangerous intersections) take even longer.

A strategy to expedite safety projects was needed! In January, 2020, I developed a plan not long after the Town’s official “cycling advocate, who was the Town Planner, left his position to oversee Charlotte’s bicycle planning.

As a first step, on March 8, 2020, I brought in the Street Access for Everyone (SAFE) Board and interested citizens to speak to the Town Commissioners about the dire need for corrective and preventive actions, given the recent death of a cyclist just north of Davidson, and complaints within Cornelius about the number of near-miss incidents involving cyclists. It was my hope that this newly founded, multi-town citizen group and the presentation of my Six Point Plan would persuade Town officials to embrace the plan and initiate a Town strategy to implement my plan. While the urgency to act on my plan received tacit approval from the commissioners at the March 8 Town Commission meeting, it was dismissed as a priority for continued action. Discussion of my plan among the members of the Town-mandated Transportation Advisory Board (TAB) was not seriously considered for almost 5 months due to COVID-19 restrictions. There was little support for any cyclist safety road improvements. Discussion for road improvements by TAB focused entirely on motorists and pedestrians. On July 20, I spoke again before the Town Commission urging them to revisit my March 8 request to adopt my cycling safety plan options. On July 30, I was asked to speak to the TAB members regarding the urgency for action on my plan. Despite my passionate presentation, it was obvious that the TAB members did not see my request as an imperative. About a month later, I learned l that the TAB did not recognize bicycles as a State-mandated “vehicle”, thus should not be included in priority planning.

TAB took no action to adopt any part of my plan for  when a Town Commissioner inquired about their activity concerning cycling safety. For months, I continued to meet and discuss cycling safety needs with the Town Planning Director, two Town Commissioners (one was the liaison commissioner to TAB), and one TAB Committee member. However, in May, 2020, I was able to get the liaison Town Commissioner to introduce changes in the TAB Bylaws to acknowledge that bicycles were indeed “vehicles” mandated by NC Statute! This was my first hint of success after months of effort. The TAB appointed a “cyclist advocate” to the committee membership. The role of the cyclist advocate was to inform and assist committee decision-making regarding cycling and pedestrian safety road improvements. While dismayed at that time with the lack of responsiveness from Town officials and offices, I was not going to be deterred from my goal to improve the safety of cyclists on our town roads. At that time, my plan was focused on cyclists rather than pedestrians so that cycling safety would not be derailed.

My Six Point Plan was a fairly comprehensive starting point to address cycling safety in Cornelius. It included enhanced virtual education presentations by police, police enforcement of traffic laws, education of motorists at the time of the traffic stop, enhanced signage on roads frequented by cyclists and pedestrians, revision of the 2017 BIKE! Cornelius Bicycle Master Plan (https://www.cornelius.org/466/Bicycle-Master-Plan)  and road improvement recommendations for NCDOT. To help implement my Six Point Plan without adding a new Bicycle Advisory Board, I suggested that I work closely with the TAB. In retrospect, a separate Bicycle Advisory Board, recommended in the 2017 Bike! Cornelius Bicycle Master Plan, should have been implemented.

The Police Department is the local authority whose advice and action are required for any successful street safety plan. In March, 2020 I met with the Police Traffic Supervisor to discuss the portion of my Six Point Plan related to police education and enforcement. Police engagement was identified early in the SAFE discussions as being critical to effect change in motorist behavior regarding cyclists on the road. Unfortunately, the COVID-19 pandemic and

and changes in police supervisor and officer turnover and new hiring of officers created a schism in communication and implementation of the police actions noted in my plan. In my opinion, the ongoing lack of commitment for police involvement, alignment of priorities, and, especially, interest in cycling safety, has resulted in a delay of step one of my Six Point Plan. In my opinion, the continuing discussion of motorist, cyclist and pedestrian safety improvements, with Town budget implications, has not been achieved.

I have worked since early 2020 with the Town Police Department and Commissioners, the TAB, and the Assistant Town Manager toward adoption of the plan I presented on March 8, 2020. Only approval and funding for the dangerous intersection signage and the cyclist MUFL (May Use Full Lane) signs has been completed as part of my 6 Point Plan. I credit a Town Commissioner and our Town Managers with these important road improvements. Police Department engagement in improving cycling safety remains a high priority. The quarterly online educational presentation has not resonated with the target audience. I continue to request meetings with the new Cornelius Traffic Supervisor.

A more informed and instructive voice is needed to protect our cyclists and pedestrians! We need a regional, Lake Norman area body comprised of town, county and state law enforcement, town planners, bike shop owners and citizens to meet regularly to discuss street safety, develop plans and goals to improve existing infrastructure and education, and to consider funding options to accomplish the identified goals.

Citizen advocacy for cycling and pedestrian safety is hard! It takes a tremendous amount of time and effort to generate lasting and consequential results. I have been disappointed in motorist and cyclist complacency regarding safety improvements on our streets and intersections, and the failure to appreciate the need for advocacy for safer streets. In addition, there is no agreement by towns and groups, such as SAFE, about safety actions to be taken now and in the future to prevent additional tragedies on our busy streets. My observation is that motorists, cyclists, and pedestrians ignore safe practices and laws. Sadly, the death of a citizen resonates with all, but seldom results in change.

Streets are not just for motor vehicles. They are transportation pathways used for many types of vehicles, motorized or otherwise. We exist to make these streets safe for all users including bicycles, pedestrians, motor vehicles.